They were given tuition in fly fishing (trout) by instructors from the Game Angling Instructors’ Association, as well as a chance to shoot a rabbit target with an airgun courtesy of the National Target Sports Association, and instruction from BASC shotgun coaches with five shots at clay pigeons.  The event proved very popular with both youngsters and their parents. 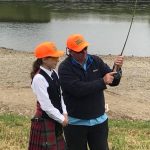 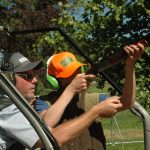 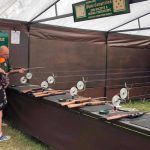 “The boys have had a great day and both would really like to try fly fishing for real trout” – Mrs Harrison, Edinburgh 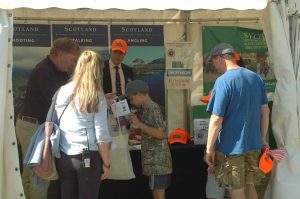 “It was Jack’s first time shooting clays and he had a fantastic time – a great initiative” – Mrs Simpson, whose son Jack hit 3 clay targets

“The clay pigeon shooting was the best” – Kaydan (aged 9) 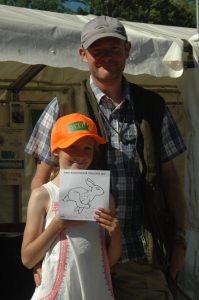 Sophia from Finzean with 5 shots on target

“A fabulous experience for young children … the instructors were very friendly and encouraging” – Mrs Fender, mother of Harry and Charlotte 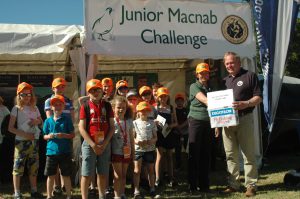 All the youngsters who completed the Challenge were entered into a prize draw which took place at the end of each day of the fair.  Prizes included a year’s subscription to ‘Fly Fishing & Fly Tying Magazine’, a family ticket to next year’s Game Fair, and vouchers for Decathlon Sports, amongst others.

To increase young people’s understanding of the working countryside in Scotland.